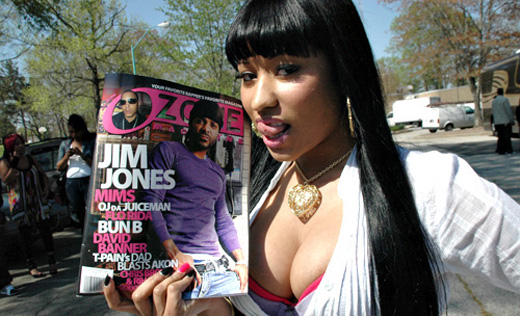 This track isn't particularly new (it originally came out in 2008, which is like three decades ago in internet years), but it just shattered the record for "most played track in a weekend". Feel Free by Ricky Blaze feat. Jim Jones and Nicki Minaj was on a Nicki mixtape two years ago, now for the official release they've thrown Jimmy on there as well. Oh and let's count the amount of times it got played in one of my sets last week *counting in my head*... EIGHT TIMES. That has to be a record (if you're counting along, I only had seven gigs last week but I played it twice on Sunday at the Bing. Oh and Friday and Saturday nights at the Bing are dance sets but I usually end them with 30 mins of hiphop/R&B. So there you go.)