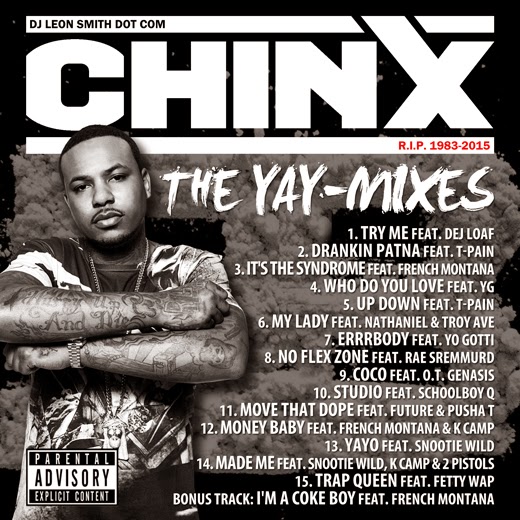 When we had Chinx on Dash Radio about a month ago, his manager gave me some music of his to play on the show - half a gig worth. One folder of music was titled "YAYMIXES", which is what Chinx calls his remixes when he jacks someone's beat. Those tracks sounded particularly great (with dumb good beat selection too) so I threw 15 of them onto this mixtape. (If you've heard any of my club sets lately you would have heard me playing a bunch of these as well.)

Email ThisBlogThis!Share to TwitterShare to FacebookShare to Pinterest
Labels: mixtape